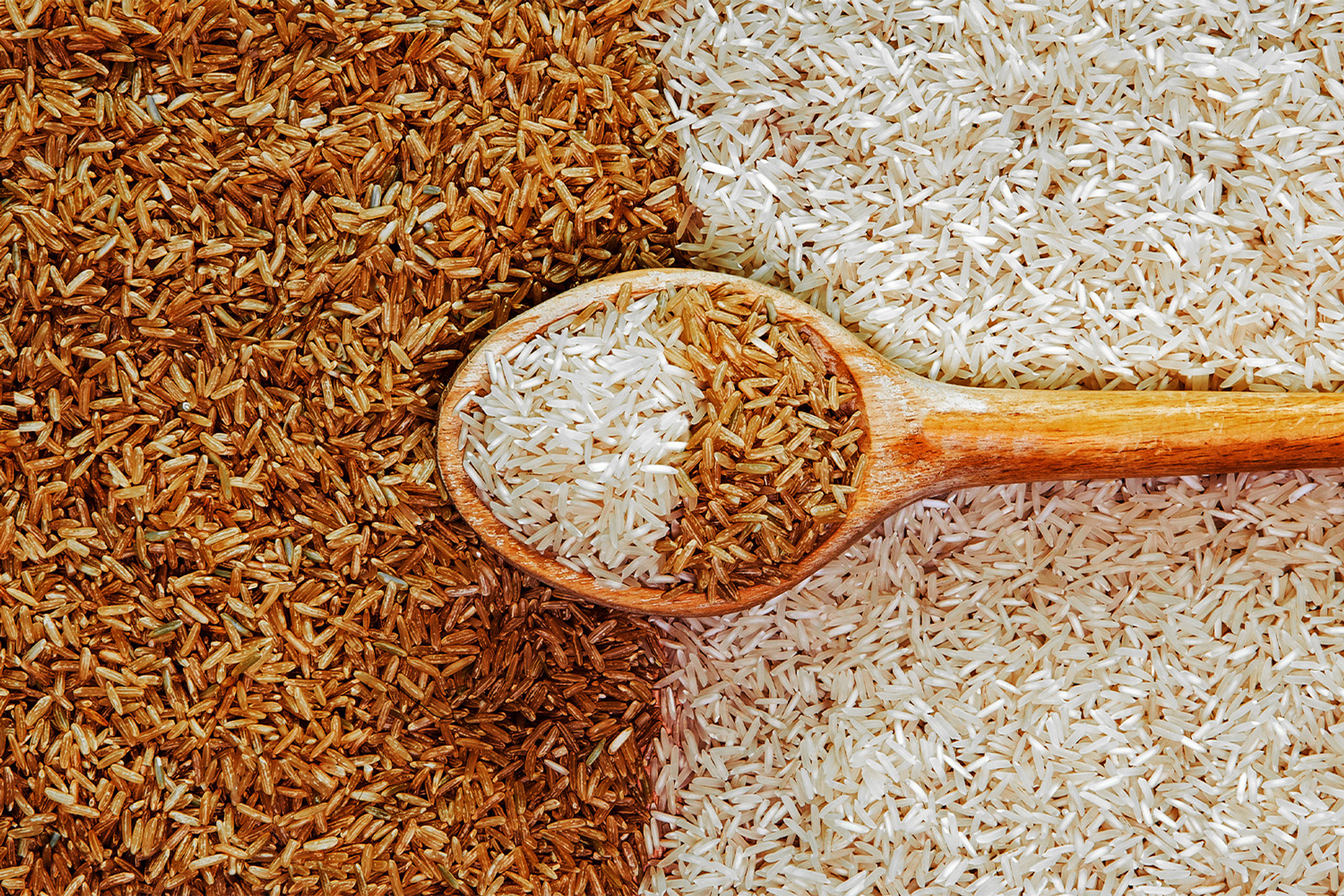 Brown Rice vs. White Rice: Which is Best for Bodybuilding?

Bodybuilders need to eat a healthy, protein-rich diet that contains all of the micronutrients and macronutrients they need to assist with muscle growth. Rice is just one of those healthy options — but it’s a popular one for a reason!

When it comes to choosing a type of rice to include in your meals, you tend to have a lot of varieties to consider. Some are specialty rice, like Basmati, but others tend to fall into one of two general categories: brown rice and white rice.

Which is best for bodybuilding? The experts from My Fit Foods break things down below.

The Parts of a Piece of Rice

If you’ve ever looked at a piece of rice once it’s been picked from the plant, you’ll notice something interesting about it: Three parts make up each grain. These parts are called the germ, the bran, and the endosperm.

The germ is a tiny section located inside the bottom section of the grain. Also known as the embryo, it contains a number of important nutrients, such as B vitamins, fats, and even vitamin E.

The bran makes up the outer layers of the grain. It makes minimally processed grains a little tougher to cook since they need to be boiled and simmered for a longer period of time in order to soften the bran. However, this is more than made up for, thanks to the many vitamins and minerals found within the bran.

Finally, there’s the endosperm. This is the innermost section of the grain of rice. It has some nutritional value but nowhere near as much as the germ and the bran. In addition, the endosperm contains a lot of carbohydrates.

Brown rice gets its color from the bran, meaning the outer layer of the rice grains. This type of rice contains all three parts, including the endosperm and the germ, so it’s often described as being “whole grain.” It isn’t processed as heavily, so you get all of the nutrients from each of the three grain parts.

With that said, brown rice does take a bit longer to cook due to the fact that the water or broth needs to fully penetrate the bran layer in order to make it easier to eat. This doesn’t make it more difficult to prepare, though, so you’ll just need to be ready for a longer cooking time when you make brown rice.

Since brown rice also has the germ and bran attached, it contains all the nutrients found in those sections of the grain. This includes things like protein, vitamins B1, B3, and B7, manganese, magnesium, folate, and more. All of these naturally occur in every grain of rice, making it a good option if you want to eat healthier or follow a bodybuilding diet.

In addition to the extra nutrients, brown rice contains a lot of fiber, thanks to the bran. This means that it takes longer for your body to digest, which is good for both your digestive system and your metabolism.

With that said, brown rice isn’t perfect. It can contain higher amounts of arsenic than white rice due to the fact that it’s minimally processed. Arsenic is found naturally in the environment, where it ends up getting into the rice plants as they grow.

As a result, eating too much brown rice can lead to health issues related to arsenic consumption — but if you include it in your meals in moderation, you should be fine.

Also, brown rice contains a compound that’s known as an antinutrient. These antinutrients actually prevent the body from processing certain micros. In this case, the rice contains phytic acid, which can lead to the malabsorption of both zinc and iron. However, if you only eat brown rice every so often, this won’t really be a problem.

Next, there’s white rice. This type of rice is highly processed and only consists of the endosperm, meaning the inner core of the grains. The processing removes the bran and the germ, taking with them the nutrients that these sections contain.

Since the rice only consists of the endosperm, it appears to be white in color. Obviously, this is where the rice gets its name. Although the rice has been processed, it still contains some important nutrients, just fewer than brown rice.

White rice is usually enriched, with additional nutrients added while it’s processed to increase its nutritional value. While this helps somewhat (and clearly boosts its nutritional profile), it just still isn’t as nutrient-packed as whole-grain rice.

With that said, white rice tends to be higher in carbs and lower in fiber, which can be good news for people who have to eat a low-fiber diet. Plus, the nutrients added through the enrichment process make it a decent source of folate and selenium, along with other micros.

Since white rice is highly processed, it doesn’t have the same nutritional value as brown rice. The processing removes some of the micros, leaving the grains with around half as much as brown rice in general.

This type of rice is also easy to digest, which is both good and bad. Good, because it can give you a bit of an energy boost before a workout, but also bad, because it will leave you feeling hungry once that energy boost ends.

Which Type of Rice Is Best for Bodybuilding?

Bodybuilders need a number of nutrients for their gym sessions to be effective. Many of these macro and micronutrients are found in rice. Examples include macros like protein (which fuels muscles and helps build them after weight lifting) and carbohydrates (which provide energy).

In addition, the B vitamins are also helpful for those who want to see their muscles get larger. They play a big role in muscle and bone health. Add in some of the other nutrients, like manganese, magnesium, and selenium, and it’s clear that rice has many of the health benefits that bodybuilders need.

So, which type of rice is best? Since brown rice naturally contains all of these macros and micros, as well as many others, and its high fiber content keeps you feeling fuller longer, it’s the best option to reach for.

However, there’s nothing wrong with eating a small amount of white rice here and there, especially when you plan on hitting the gym and don’t want a meal that will weigh you down.

Choosing between brown rice and white rice is easy, especially when you need to follow a diet that includes all of the nutritional needs of a bodybuilder. Brown rice wins the competition, although white rice has several benefits that shouldn’t be overlooked.

If you have any questions about this or anything else, please contact us!

Brown Rice or White Rice: Which Is Your Healthier Option? | The Cleveland Clinic

Brown Vs. White Rice —Is One Better for Your Health? | Healthline