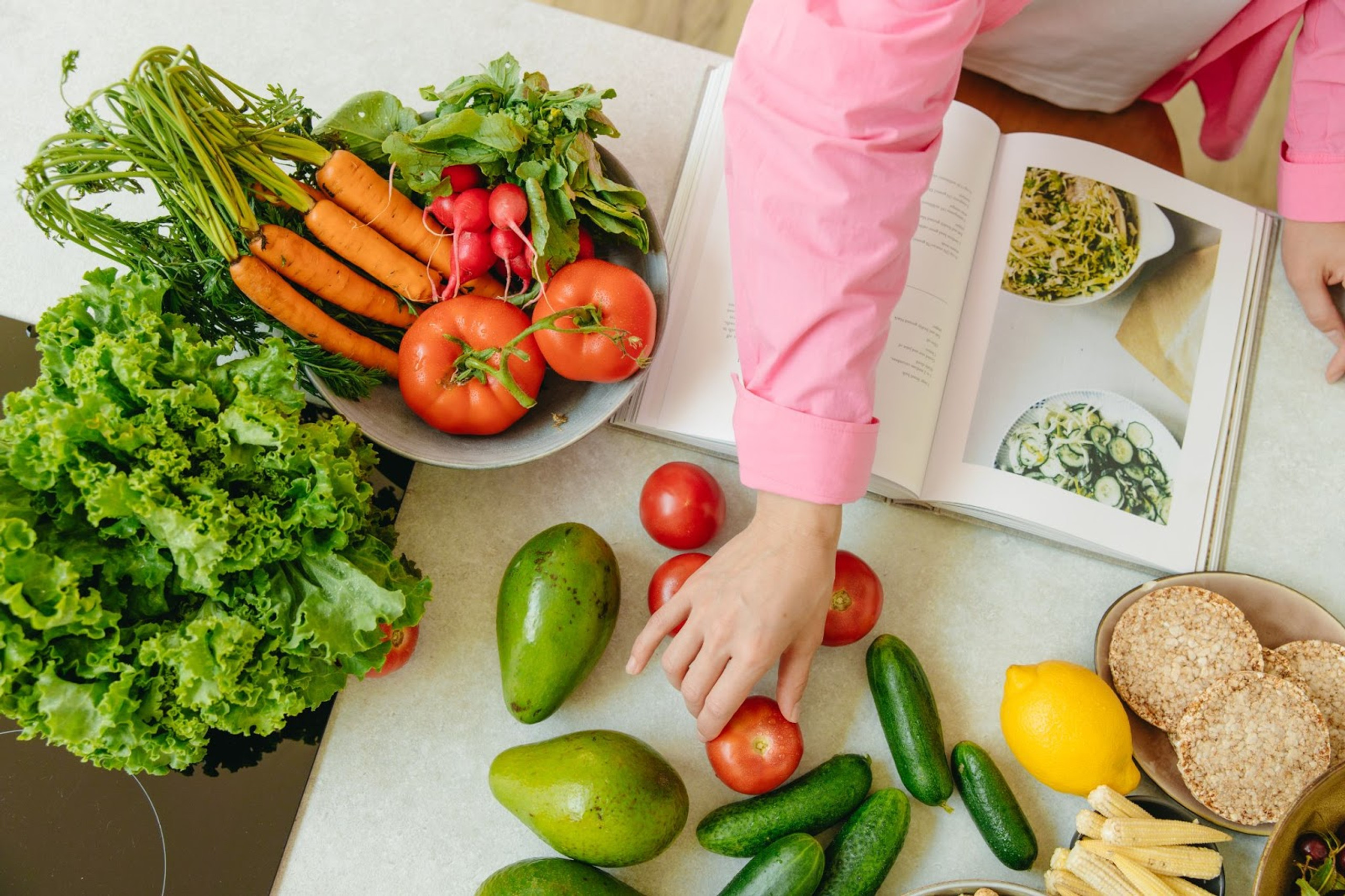 How to Make a Low Carb Lunch

Low carb lunches are a viable option for anyone who’s trying to eat healthier or lose weight. Some diets, such as the keto diet, require followers to keep track of the number of carbs that they eat in order to stay in ketosis. This is just one example of many diets that feature low carbs as their hallmarks.

With that said, knowing that you should eat fewer carbs is one thing, actually coming up with viable lunch options is another. Thankfully, all that you need to do is get a little creative and follow these suggestions.

Ready to be amazed by all the low carb options at your fingertips? Let’s dive in together.

What Is a Low Carb Lunch?

What is a low carb lunch? Well, the title says it all. A low carb lunch is one that consists of substitutes that make the meal lower in carbs. Carbohydrates, although they can be considered one of the building blocks of your diet, have their pros and cons.

For example, carbs can provide some energy, but on the other hand, it’s empty energy, and in some cases, eating some carbs can lead to eating even more, such as candy and mass-produced snacks that contain plenty of sugars and calories. This is why it’s better to eat a lunch that’s low in carbohydrates rather than one that’s full of bread

It’s easy to make a standard lunch into a low carb one since there are numerous ways to substitute regular meal components for others. When it comes to making a lunch that’s low on the carb totem pole, we have some easy substitutions.

Yes, that’s right—they actually make low carb bread. It’s usually sold in loaves, much like standard bread. However, the slices are thinner and smaller, so you get fewer carbs in each sandwich. If you love to have bread in your lunches, either in sandwich form or as a side dish, then add some low carb bread to your shopping list. It will take the place of standard bread quite nicely.

However, if even low carb bread isn’t good enough, you can always substitute some lettuce. A nice piece of romaine, Boston, or even iceberg is just the right size for creating the perfect wrap sandwich. Making these is very easy, as you just need to lay the piece of lettuce flat on a plate, place your sandwich fixings in the center, and then roll it or fold it up.

If lettuce isn’t your thing, consider using spinach. You’ll need several spinach leaves to cover enough ground for the top and bottom of the sandwich, which can make eating it tricky. As long as you wrap it up in aluminum foil or plastic wrap and peel the wrappings away a little at a time, your sandwich shouldn’t fall apart.

Looking for sandwich fixings that are low in carbs? Consider using a cooked chicken burger, a simple thick slice of mozzarella and a piece of tomato, or even a mix of turkey lunchmeat complete with cheese and some seasonings. Your low carb sandwich can consist of anything that you want it to, minus the bread, of course.

Cauliflower rice is more than just a dietary fad that people are hopping on. It’s actually quite tasty and low in carbs—making it a great substitute for standard rice. In order to make it, you need a cauliflower, a knife, and a food processor. Slice the cauliflower into sixths or eighths and place one piece at a time into the food processor. Pulse it until it’s nice and crumbly and the size of rice, then place it in a heated, oiled saucepan. Sauté it for a few minutes, softening it and giving it some color, and then you’re ready to go.

As for meal ideas? There are plenty. Substitute the ground beef in a taco recipe for ground turkey and cook it until it’s browned. Place it in a lunch container alongside some cooked cauliflower rice, and top with cheese. Add in a sliced avocado and, if you feel like it, sprinkle on a little hot sauce for additional flavor.

In addition, cauliflower rice makes a nice side dish for soups, and you can serve it to yourself alongside a sandwich or a salad. It’s very versatile! Plus, it tastes very good and it’s low in carbs, so you can eat it every day of the week without worry. (If you’re looking for something to meal prep, then this is a great option.)

Did you know that you can make pizza dough from things besides bread? These non-carb-filled “doughs” are made from either eggplants or cauliflower that has been sent through a food processor, seasoned, and made into a paste that resembles dough.

Once they’re cooked slightly, you can top them with the toppings of your choice, including sauce (consider a nice pesto instead of a classic tomato sauce), some veggies (green peppers and zucchini are always good – and so are onions), a little meat (pepperoni is a classic choice), and then some cheese. Bake them until your toppings are cooked through and the dough is crispy, and you have a lunch to look forward to. Even better, since you didn’t make the dough from grain-based bread, your pizza is low in carbs.

Unlike standard noodles, shirataki noodles are made from the roots of the konjac plant. Yes, you read that right – roots. The konjac plant is harvested, the roots are processed, and they are turned into very thin noodles that can be used as a substitute for standard ones in any kind of Japanese or Chinese dish.

Since they don’t include any kind of wheat or grain, they are naturally low in carbs and are quite tasty as well. In some places, they are called miracle noodles, because they’re very low in calories as well. You really win the low-carb, healthy lunch lottery when you choose them.

Zucchini Noodles Are a Great Option

With that said, if shirataki noodles don’t sound like your idea of tastiness, then consider making some from zucchini. You can use yellow squash as well – any type of summer squash that’s low in carbs can be turned into noodles.

Remove the skin of the squash and slice it into long, thin strips. Then, you can either sauté those strips and add them to the pan that contains your stir fry, or slice them even thinner and toss them with some cooked chicken and cheese. A little bit of sauce (consider an olive or avocado oil mixed with bits of garlic and other spices), some salt and pepper to taste, and you have a tasty low-carb lunch on your hands.

Vegetable Soup Is Low in Carbs

While canned soups might have hidden carbs (avoid those that have noodles in them, and make sure to check the ingredient list), there are some that you can make that are very low in carbs.

For example, a tasty cream of asparagus soup that includes cheese and plenty of asparagus shoots is quite low in carbs. The only ingredients? Asparagus shoots, milk, butter, flour, cheese, and a little bit of hot sauce. In order to make it, you just need a saucepan and a blender. The end results are tasty and last for several days in the refrigerator so that you can make them ahead of time.

Other options, like pumpkin soup, taco soup, and even broccoli cheddar soup, are low in carbs and high in tastiness. If you decide to go with a store-bought soup, aim for one that’s designed to be low in carbs, as opposed to standard canned options. With that said, making these soups on your own is entirely possible.

Of course, if you’re truly looking for something traditional that’s low in carbs, toss up a salad. If you make it yourself, then you can ensure that it's low in carbs (although really, all you need to do is be careful of which dressing you choose and leave off the croutons.)

Consider adding chickpeas or mushrooms to your salad to get some additional protein, placing them on top of a bed of various kinds of lettuce, chopped cucumber, sliced carrots, and some diced radishes.

As you can see, there are many different options when it comes to making your standard lunch into one that’s delicious, healthy, and low in carbs.

Whether you want to keep an eye on what you eat, follow a specific diet (like the keto diet), or need to eat a low carb diet for any other reason, you can use one of the ideas suggested here. They all are quite tasty, so you won’t miss the carbs at all. And your low carb lunches are sure to be a hit!