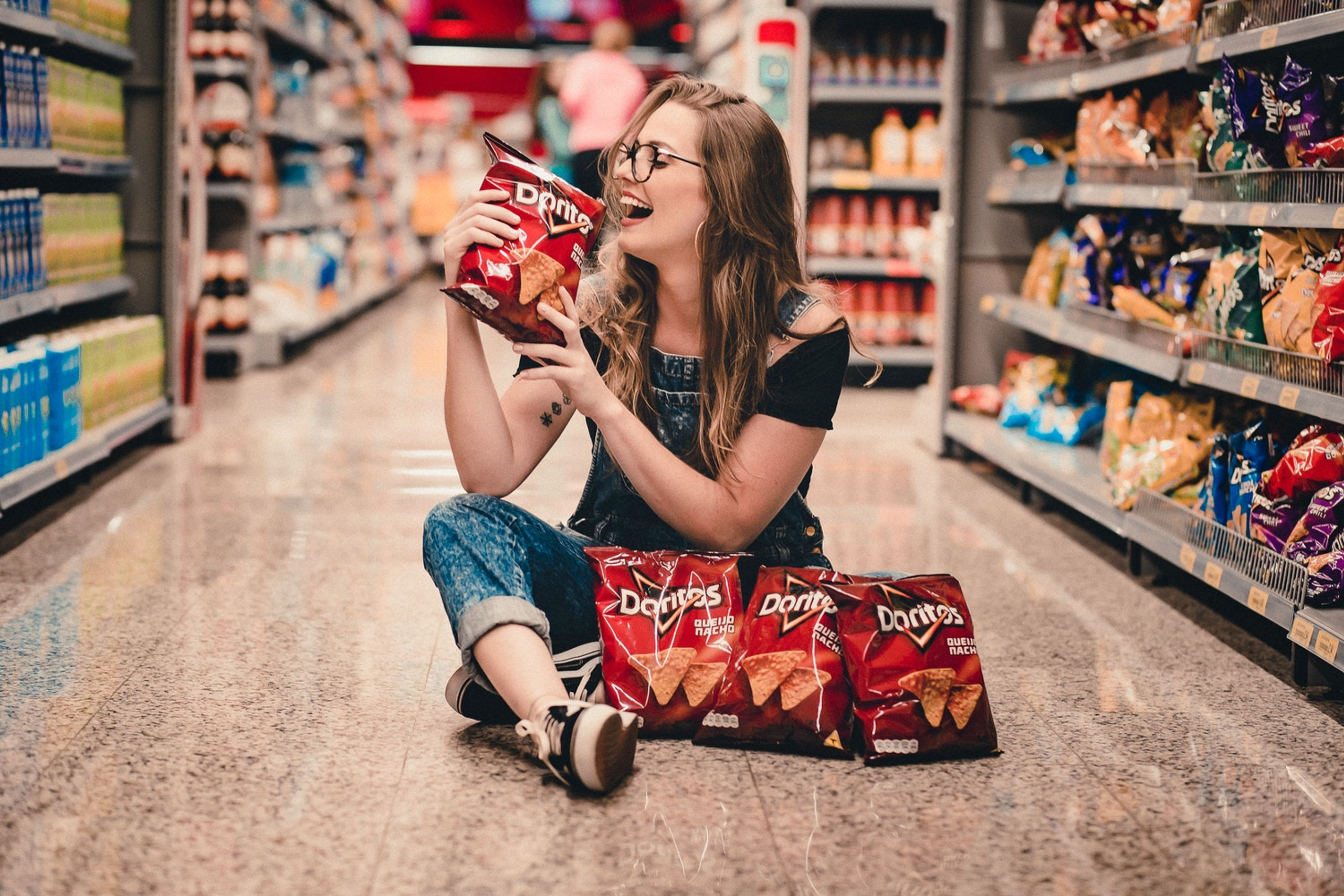 What To Do After Binging on Food To Not Gain Weight

It happens to even the most dedicated dieters. You've been nothing but good, watching what you eat and adhering to your pre-planned caloric intake, and then you give in to a moment of weakness. Next thing you know, you've eaten half of a package of cookies, or several slices of cake, or an entire bag of potato chips.

No worries – it's happened to the best! The only downside is that now you're worried about gaining back some of the weight that you've lost. Here's what you can do to keep yourself on track.

Don't Beat Yourself Up

You might be feeling completely down on yourself after binging. After all, you just wrecked your diet, right? Wrong. You enjoyed those treats that you ate, and you more than likely deserved them after dutifully following your diet for many weeks on end.

One slip-up isn't the end of the world. Just go easy on yourself, realize that you didn't actually destroy your progress, and keep moving forward. You can get back on track tomorrow. Dwelling on your slip-up will only make you feel bad, which could lead to additional snack sessions.

Instead, push past those bad feelings and accept the fact that you enjoyed temporarily falling off the diet wagon.

If you feel guilty after binging on some snacks, get up and exercise. Obviously, you need to wait about half an hour to an hour in order to avoid making yourself sick (working out on a full stomach is never a good idea), but doing some jogging, speed walking, or spending some time on the exercise bike after snacking can make you feel as though you're working off what you've eaten, which makes sense because you are.

Plus, those endorphins will make you feel great, so you might even forget that you gave in to temptation in the first place. Even better, the exercise will give your digestive system a boost, helping it to process that food more efficiently.

Water not only hydrates you, but it can help your digestive system do its job. If you feel guilty about all of the food that you just ate, drink plenty of water after your meal. You don't want to drink so much water that you make yourself feel worse, but you can boost your metabolism temporarily, making you burn off those calories a little faster than normal.

As a result, you have a chance of not gaining any extra weight or throwing your progress off course after a binge.

You just binged on snack foods, so why not give up and have some more treats? Well, the problem with that is the fact that you're giving in to temptation. If you keep up this mindset, you'll more than likely end up putting the weight back on.

Instead, get back to your normal diet and everyday routine. You can get right back on track and start feeling better about yourself again. Not only will you avoid gaining any additional weight, but you can let go of the guilt, thanks to the knowledge that you won't go there again anytime soon.

Get Back on Your Diet

Another way to not gain weight after a snack binge is to get right back on your diet. The very next meal, or even the next day, depending on when your binge took place, you should just hop back on your diet as if nothing happened. This way, those extra calories from your binge won't matter as much because you'll be back to following your existing plan.

Don't look back. Just go back to those meal planning and calorie-restricting habits. You'll feel better about yourself once you realize that you didn't actually throw anything off course.

How To Avoid Binging in the First Place

What's better than not having to worry about gaining weight after binging on snacks? Not binging in the first place. You can do several things to avoid reaching for that bag of pretzels or a package of cookies in the first place.

These tips will ensure that you stay on your diet and adhere to those macros or general calorie counts, no matter how tempted you are by those salty or sugary snacks.

Restrictive diets, although effective, are hard to stick to. Over time, you'll begin to feel deprived of certain foods that you enjoy, leaving you to drool over treats like brownies and ice cream. Studies have shown that most people who attempt restrictive diets fail because they just can't follow something that cuts out entire food groups that they enjoy.

Avoiding temptation like this on a daily basis ends with binges where people fall entirely off their diets. Therefore, to avoid binging, stay away from very restrictive diets.

As an alternative to trying to diet on your own, consider seeing an expert, like a dietician. These experts can help you put together a meal plan that is healthy and low on calories without being entirely restrictive. In addition, a dietician can either help you get to the root cause of your eating habits or recommend a therapist who can do this same thing.

The more that you work on yourself, with the help of professionals, the less likely it is that you'll end up binging on treats. After all, they can put together a diet for you that includes the occasional snack!

Have a Healthy Attitude Towards Dieting

Going easy on yourself is one thing while having a healthy attitude towards dieting is another. You need to understand that the best diet isn't one that doesn't allow you to have a treat now and then. Plus, you aren't perfect, and neither are your food cravings.

When you have a healthy, open-minded attitude towards food and dieting, then you're much more likely to allow yourself to have a snack every other day or so without beating yourself up for it. Understand that you're only human and imperfect, and your diet should be as well.

Diet With a Friend

Like workout plans, diets are always more effective when they're done alongside a friend. You can keep each other on track, and you'll have someone to talk to and commiserate with when you're tempted to binge on snack foods.

The support of a friend who's going through the same things you are is something that can help you through every phase of your diet, from the beginning efforts to the middle section where you find yourself longing for a snack.

One Binge Isn’t the End of the World

Remember: the next time you find yourself reaching for a snack, it's perfectly okay to have one. Your diet can go on the next day, and by allowing yourself a single treat now and then, you're less likely to go on a binge. If you do binge on treats, forgive yourself, and move on. Just reach for that bottle of water, go for a walk, and start your diet over the next day.

Ten Ways To Get Back On Track After A Binge | Healthline

17 Best Ways To Bounce Back After a Binge | Eat This, Not That!

Fastest Way To Lose Weight After A Binge | Livestrong