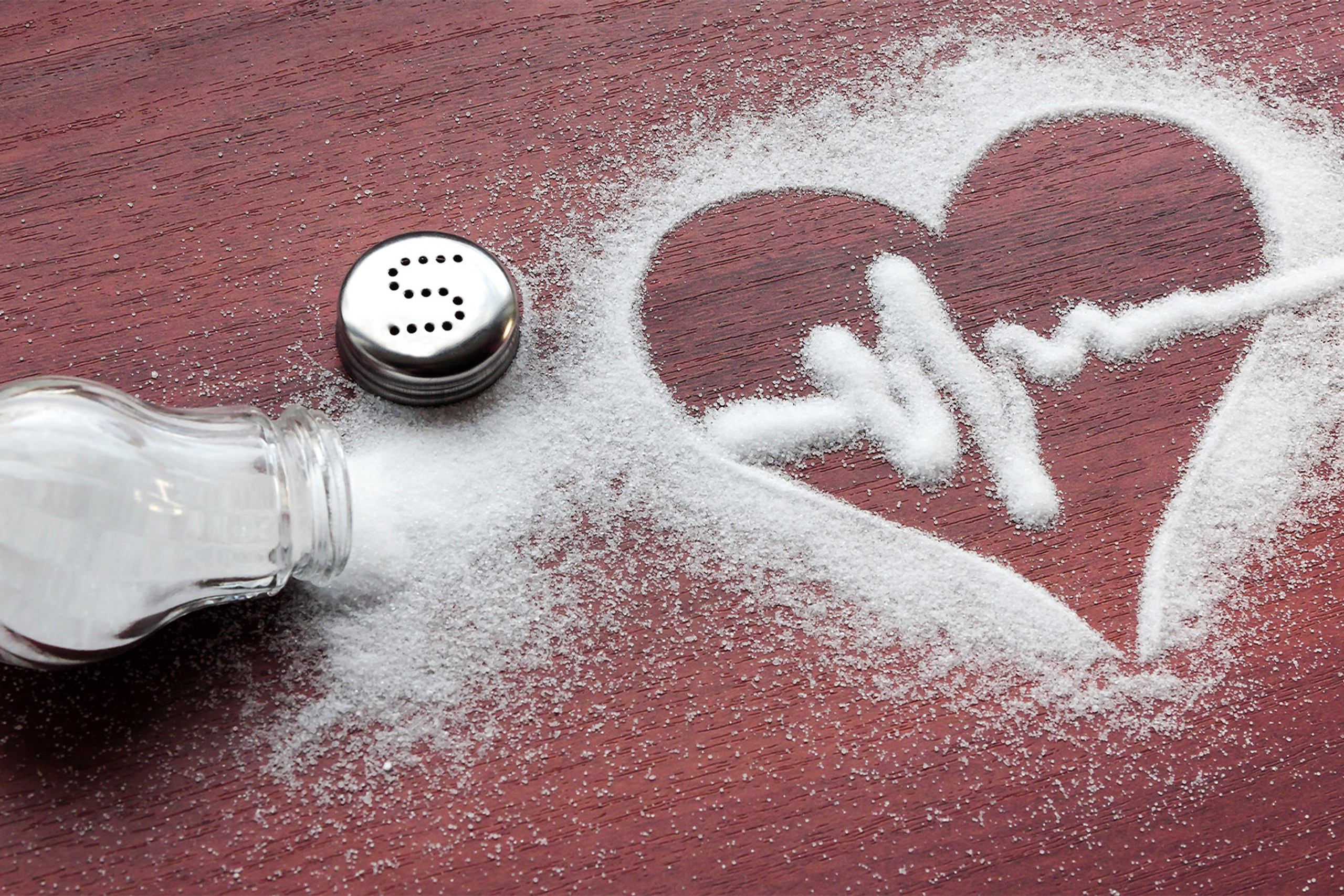 Is Sodium Bad for Weight Loss? Here's What You Need To Know

Salt is one of those food additives that's very controversial. Some experts claim that it can halt your weight loss (or at least interfere with your overall progress), while others say that it's fine, and you can add some to your food when you're on a diet. Which is the truth?

Eating a diet high in sodium can contribute to heart disease, but salt also makes your food taste better. It's easy to see why people are confused.

What are the real facts surrounding sodium? Read on to find out.

The official name for the substance commonly referred to as salt, sodium is one of the essential minerals that the human body needs to function properly. Salt comes from mines located under the earth, and it comes in numerous different forms that you can cook with, such as pink Himalayan salt, kosher salt, standard table salt, and more.

The type you choose might be fortified with iodine (another substance that the body needs), like regular table salt, although you can pick one of the others. All have a similar structure and can be good for you, but only in smaller amounts.

The Issues With Sodium

Too much sodium can lead to several health issues, ranging from high blood pressure to full-blown heart disease, the leading cause of strokes and heart attacks. In extremely large amounts, eating too much salt can kill you, although you'd have to eat the contents of an entire saltshaker (or close to it) before this occurs.

Another problem with including too much sodium in your diet stems from the controversy about whether or not eating it can lead to weight gain, or at the very least, prevent you from losing the weight that you want.

But is this true? It’s complicated, and the studies about how salt affects your metabolism have contradictory findings.

One of the main problems with sodium is that it's found in many foods that are bad for you and will throw your diet off course.

Frozen meals, such as pizzas and TV dinners, are filled with salt because it's a good preservative that also makes the food taste good. Other foods, such as fast-food burgers and French fries, are also very salty. Eating these foods on a regular basis, even when part of a diet and exercise plan, won't help you lose weight or increase your metabolism.

In addition, you need to be on the lookout for foods with added sodium, such as:

Many pre-packaged sauces, like ketchup, barbecue sauce, soy sauce, and salad dressing, have salt added to them. Check the label thoroughly to see how much sodium each contains, and pay close attention to the serving size.

While many packaged snacks are convenient when you need a treat in a pinch, they tend to have a lot of added sodium.

Some of this is obvious, such as in the case of potato chips and pork rinds. However, other treats, like pre-made cookies and individually wrapped brownies, often have plenty of salt in them as well, simply to keep them in good shape before they're eaten.

Lunch meats and pizza toppings, like pepperoni, may be tasty, but they also contain a lot of sodium. To preserve the meats and give them that flavor that you love, they age for a certain period, and salt plays a large role in that.

This is another treat where you need to keep an eye on the serving size.

As part of the canning process, soups, vegetables, and pre-made pasta dishes like ravioli have salt added. This not only helps preserve them, but it also makes them taste better. In some cases, these canned goods might be tough to avoid, although if you can limit them to a small part of your diet, so much the better.

These are just a few examples of the many foods with sodium added. There are plenty of others.

Can Sodium Impede Your Weight Loss?

The answer to this question is a bit more complicated than a standard yes or no.

In some ways, eating a diet full of sodium can indeed impede your weight loss. Other ways, such as the myth that sodium can affect and slow down your metabolism, haven't quite been proven, and according to one study, it has been debunked. Let's go over this in more detail.

Eating a diet that consists of plenty of sodium-filled foods, like pizza, lunch meat, fast food, packaged snacks, and frozen meals, can definitely prevent you from losing weight. Even if you reduce the number of calories you eat and begin an exercise regimen, you won't see much progress if you keep eating these foods.

On top of that, too much sodium is bad for your health, so you'll see those effects, like high blood pressure and high cholesterol levels, on your body as well.

Sodium's Effect on the Metabolism

Although experts are split on whether or not eating a diet filled with sodium-laden foods can slow down your metabolism, leading to weight gain, one recent study has found that salt doesn't affect the metabolism at all.

Three different diets were tested, including the DASH (Dietary Approaches to Stop Hypertension) diet. While they found that people following a low-sodium diet had improved blood pressure, fewer feelings of thirst, and changed urine output, one thing remained unaffected – their metabolism. This shows that the number of salty foods you eat doesn't raise or lower your metabolism. Instead, your metabolism is affected by other factors, including genetics.

One thing that is evident in anyone getting ready for swimsuit season is stomach bloat. Eating a diet high in salty foods can not only cause you to become thirstier than normal, but it can cause that bloated look and feeling.

Sodium causes the body to retain water, leading to additional water weight. The best way to get rid of this water weight is to eat less salt and let your body drain it off.

How Can You Eat Fewer Sodium-Filled Foods?

Although those sodium-filled snacks may look tempting (and they're easy to access), if you truly want to lose weight, you need to make an effort to eat foods without any added sodium. On top of paying attention to the salt content on everything from sauces and dressings and focusing on the serving sizes, there's one additional thing that you can do: make your own meals.

Controlling your sodium intake starts with paying close attention to the foods on your plate. Rather than heat up a can of green beans, steam some fresh ones. Make a little extra at dinnertime and then save it for lunch the next day, rather than reaching for a frozen TV dinner. Stick with minimally processed foods, like salads with vinaigrette dressings instead of ranch, and steer clear of fast-food meals as much as possible.

By making your own meals and avoiding those quick convenience foods, you can keep an eye on exactly how much salt you're eating, and you'll be more likely to see your diet succeed because you have more control over your calories.

In some ways, sodium is indeed bad for weight loss. A diet filled with foods that have added sodium can lead to weight gain and a number of health issues. While sodium doesn't have a positive or a negative effect on your metabolism, it can indeed impede your weight loss in other ways and lead to bloating, which can make it look as though you’re heavier than you currently are.

While you do need some sodium in your diet, it's best to keep it at a minimum, and if you want to lose weight, eat healthy foods that are minimally processed, and you’ll be on the right track.

Diet Myth or Truth: I Don't Need to Worry About Sodium | WebMD