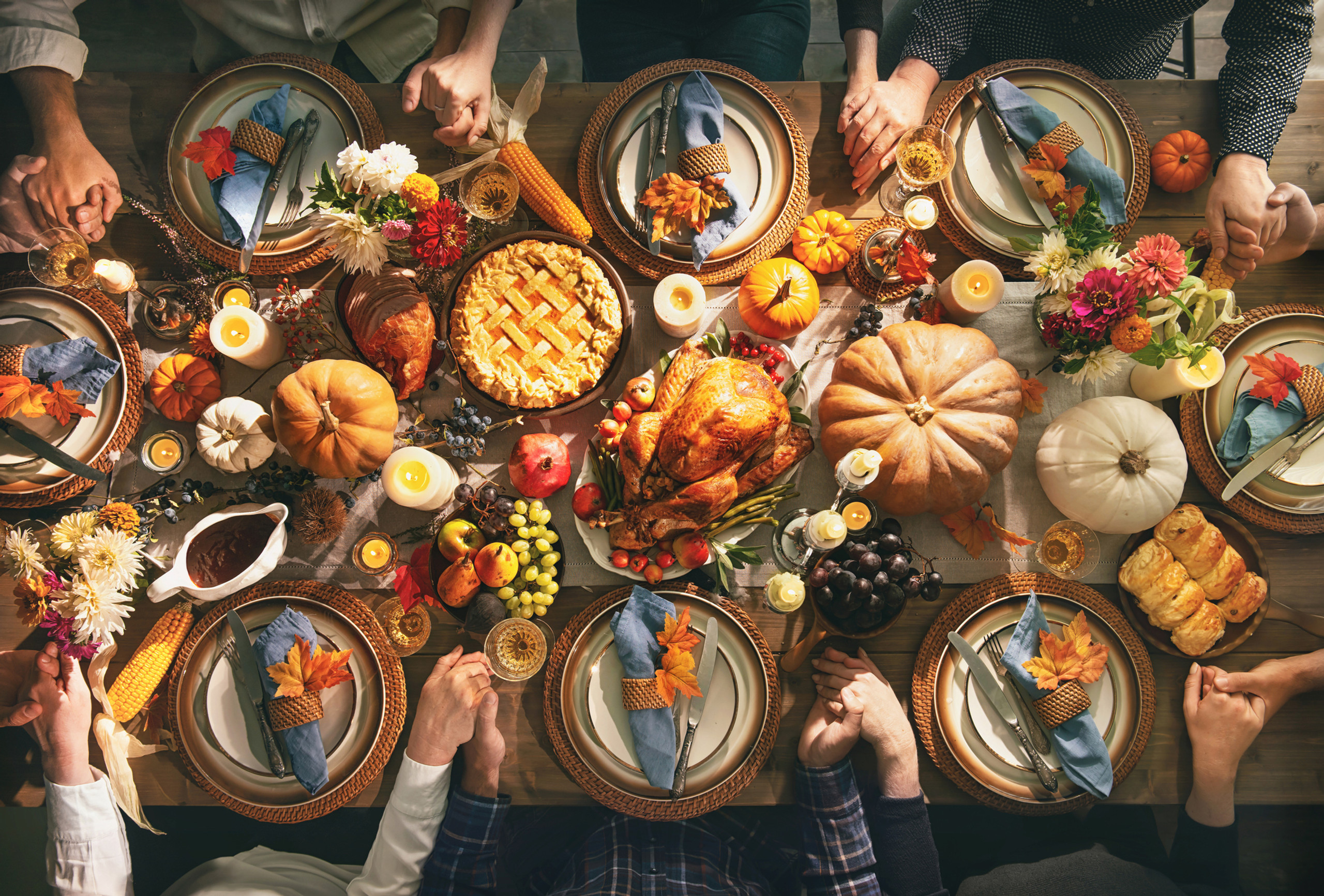 How To Plan Ahead For A Guilt-Free Thanksgiving?

In this email, we are going to build in a 3,000 calorie Thanksgiving meal by planning ahead of time.

Stop it! That's impossible! Actually, it's a lot easier than many people think.

Before we create some rough weekly Holiday schematics I have to state that the number of calories that someone burns per day will vary based on their amount of Fat-Free Mass (FFM) and movement, but the average female in America likely burns a lot more calories than most people think at somewhere around ~2,300 to 2,400 calories per day. While the average male is likely burning well over 3,000 calories per day [1-4].

However, for this example, we will use slightly more conservative total daily calorie values of 2,200 for females and 2,800 for males.

We will go through the female example first because it will be inherently more difficult to build in this 3,000 calorie Thanksgiving meal because we will generally have less calories to work with.

At an average daily calorie burn of ~2,200 per day that means if we wanted to clear ~3,000 calories for one meal we would need at least three low days at around ~1200 calories and then not too many calories on Thanksgiving morning.

Luckily, we have My Fit Foods to make this process easy and delicious and for this schematic, we would pretty much be going with any two small meals, one regular meal, and two scoops of either of our protein powders.

This math is rough and I think by knocking down some version of this plan *while still getting in our steps and resistance training for the week* and then eating a small breakfast and maybe a shake pre-Thanksgiving festivities we should be able to clear our big meal with family and friends!

Most people are not going to eat more than this with just food in one sitting, but if we start adding in beverages and leftovers we could get easily get up into the mid-4000s.

Therefore, to be honest, I would likely go with our 1,200 calorie plan again on Friday or Saturday and then get back to our normal eating routine on Sunday.

Someone who takes this approach will likely see their weight on the scale shoot up the day after this meal, but this is very very likely just increased food in their GI tract and water weight [5].

A lot of people think they are gaining multiple pounds of fat on Thanksgiving, but in the scenario above someone would legitimately have to eat well over 12,000 calories on Thanksgiving to gain two pounds of body fat and that is very likely way outside the limit of what most people can feasibly digest in a day anyways [6].

For a male, this honestly gets pretty easy and we can likely clear a bigger Thanksgiving meal with just three days at 1,700 to 1,800 calories in macros of around ~180 grams of Protein, ~50 grams of Fat, and ~125-150 grams of Carbohydrates.

In My Fit Foods, this would likely be three regular meals, one small meal, and two scoops of either of our protein powders.

This is almost what Hirsh and colleagues did in a 2019 study titled - Avoiding holiday seasonal weight gain with nutrient-supported intermittent energy restriction: a pilot study [7].

Long story short, these researchers simply had individuals consume only lower-calorie shakes on Monday and Tuesday. Then these subjects just did their normal Holiday eating thing the rest of the week and at the end of the six-week Holiday season, the individuals in the intermittent energy restriction group LOST an average of 3 pounds on January 3rd!

I’m not saying this kind of strategy is for everyone, but this type of proactive weekly planning may make it a lot easier for some people to maintain their weight this Holiday season without having to be super weird and restricted at dinners with family and friends.

I am annoyingly Captain Consistent, but I think we as nutrition professionals too often think of consistency in terms of days and not weeks, months, or even years.

We hope you find this strategy helpful and no matter what we wish you an amazing Thanksgiving with Family and Friends and we will be back open at 10 am on Black Friday.